I thought I’d share the results of a break I recently did of 2 hobby boxes of Panini’s 2011-12 Hoops Basketball.  We have the stated odds and we have the actual cards pulled.  Let’s see how they compare … 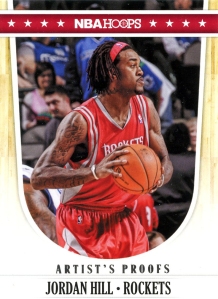 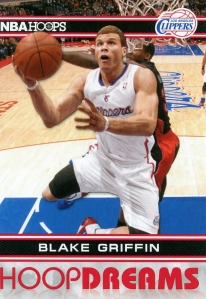 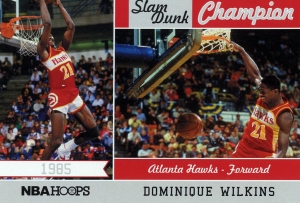 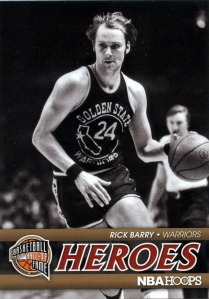 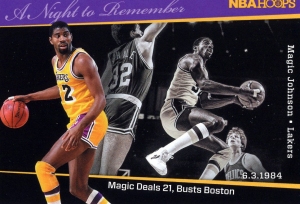 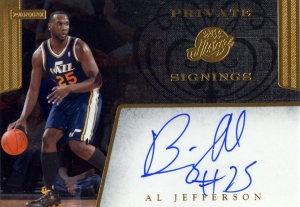 Overall, for the price point, this is a good offering out of Panini.  As of 3/12/12, blowoutcards.com and dacardworld.com both have these hobby boxes listed at $68.00 per box.  I knowingly paid a little more, $77.50 per box at my local card shop (gotta support the LCS when I can).  I don’t love all the white space on the base cards and as usual, not a huge fan of sticker auto’s.  BUT … again … for the price point, I think this is a pretty good product.  Hope you enjoy!!!!

Here are some pics of the cards …

Times have definitely changed since the days of riding a bike down the street to the local card shop and spending a dollar or two on some packs of baseball cards.  Competitive pressures, economic pressures, decreased interest in collecting all have resulted in a drastic “thinning of the herd” when talking about the number of card shops still in existence.

Upper Deck is running a series on their blog with the intent to educate possible business shop owners.  Check it out HERE!

I do not find myself writing about Blaster Box hits very often, but an unusual hit deserves an unusual treatment. I was with my kids the other day taking a look at Target’s cardboard offerings and thought I’d pick up a couple of 2011 Allen & Ginter Blaster Boxes.  This is what I pulled … 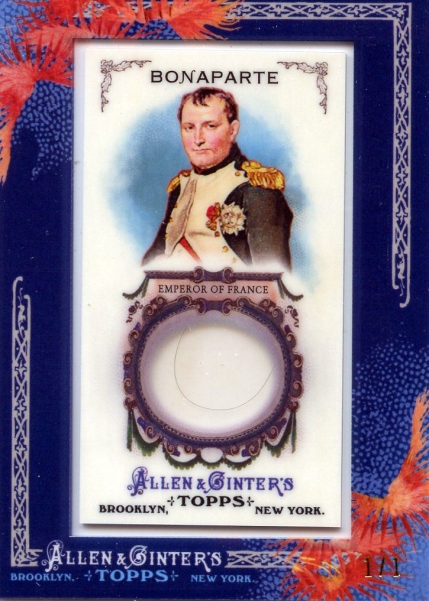 This is a 1 of 1 2011 Allen & Ginter Relic card containing an actual piece of hair from one of the greatest military leaders in history and Emperor of France from 1804 to 1815.  He is best known for creating the Napoleonic Code, which has been a major influence on many civil law jurisdictions worldwide, but he is best remembered for his role in the wars led against France by a series of coalitions, the so-called Nepoleonic Wars.  He established hegemony over most of continental Europe and sought to spread the ideals of the French Revolution, while consolidating an imperial monarchy which restored aspects of the deposed ancient regime.  Due to his success in these wars, often against numerically superior enemies, he is generally regarded as one of the greatest military commanders of all time.

I have caught a case of “Bat SH*T Crazy” over this set.  This hit is not going to help with that AT ALL!  Overall, I’ve been really impressed with the hits coming out of these Blaster Boxes.  I normally try my hardest to stay away from Blasters of any sport.  I have changed my tactics with the 2011 Allen & Ginter though.  Blaster on!

The role of the captain on a hockey team extends far past the ice and the person that wears the “C” is usually the leader in the dressing room as well. They bring the team up when they are facing defeat. They shoulder most of the blame whenever the other side wins. Those with this heavy responsibility are often ranked among the game’s greatest players and many of them will be found in box of Captain-C from In The Game.

Releasing in March, 2012, Captain-C is a fitting tribute to those whose loyalties are proudly displayed on their chests. Each box will contain 10 cards and five of them will be Premium Foil Base Cards featuring 100 great leaders from throughout hockey history.

The other five cards in the box will be a mix of Autographs and Game-Used Memorabilia. Like with most products from In The Game, these hits will be produced in limited quantities and have both Gold and Silver versions. Look for autographs of such notable leaders as Dave Keon, Bobby Clarke, Jean Beliveau and Roberto Luongo!

Quantities of Captain-C will be very limited, so be sure to get your order in soon to your local dealer or wholesaler!

I really like the UD Game Jersey Cards this year.  A better design and use of space in my opinion.  I must not have recieved the memo, but there must be a reason that Beckett valued this card at $100.  I’m sure everyone else on the planet knows why … but like I said, “I didn’t get the memo”!

I’m a big fan of the Canvas parallel that UD put out this year.  They seem to be a hit with collectors too!

Cody Hodgson Young Gun Canvas Vancouver has a hot rookie on their hands with Cody Hodgson!  Currently Hodgson is tied for 2nd in goals scored (13)  and 4th in total points (29). 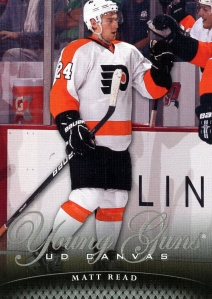 Rookie Matt Read of the Philadelphia Flyers currently leads the NHL Rookies in Goals (15) and 3rd in total points with 31.

All 4 of these cards have been listed on our eBay Store.

Tim Thomas released the following statement on Monday (1-23-12) regarding his decision to skip his teams visit to the White House in celebration of last season’s Stanley Cup win:

“I believe the Federal government has grown out of control, threatening the Rights, Liberties, and Property of the People.

This is being done at the Executive, Legislative, and Judicial level. This is in direct opposition to the Constitution and the Founding Fathers vision for the Federal government.

Because I believe this, today I exercised my right as a Free Citizen, and did not visit the White House. This was not about politics or party, as in my opinion both parties are responsible for the situation we are in as a country. This was about a choice I had to make as an INDIVIDUAL.

This is the only public statement I will be making on this topic. TT”

To the surprise of most people that know me, I respect Tim Thomas’s decision, but I have to disagree with his reasoning.  Here is the problem … it WAS MADE political by his actions.  The trip to the White House was not a political or party associated event.  He made it political by abstaining for the reasons he stated.

Now, regarding his statement, I’m am in 100% agreement with what he said.  The Government is out of control.  Our rights and liberties have been trampled on and systematically dismantled over the past several years by both parties;  spanning multiple Administrations.  Both parties are to blame and in the end, the American Public for playing the role of  “sheep-eople” .

Regardless of my political opinion, willingness to dissent, or level of anger about what our government has done and continues to do, we must maintain “respect” for the Office of the Presidency.  We don’t have to agree with the person we call “President”, Congressional Representatives, or members of the Judicial Branch.  Maintaining our respect for the Constitutionally established Offices is the basis of our Republic.

I believe Tim Thomas, wishing to make his political views public, (arguing he did not want to do this  is futile, that is exactly what he did) could have conveyed his message much more effectively.  Show the respect for the Constitutionally established office, and exercise your God given, constitutionally protected right to free speech.

Ok, … I’ve been sitting on this post for a bit now.  But I can’t take it anymore.  Is this the best photo of Anton Babchuk of the Calgary Flames UD had?  I mean … it looks like Babchuk is trying to take a dump on the ice.  Could Upper Deck not have put another picture of him besides one that looks like he’s trying to push a painful grumbler out of his breezers.

No disrepect at all to Babchuk or the Flames!  In fact, I’d be a little disturbed if I were him.  You’ve worked to hard to have a hockey card making it look like your squeezing your colon through a pin hole!  Upper Deck did not do this man justice!!!

Let me know what you think …

Global Warming?  Na … I prefer the easier and more likely answer that God is pissed that I built a backyard ice rink this winter.  So as atonement for my sin against nature, I offer the top 10 Things One Can Do With a Backyard Ice Rink in a Unusually Warm Winter …

9.  Contact the local religous sect that you have a birthing pool; can handle large numbers of pregant women

8.  Add ice and show off your new redneck beer cooler to all your redneck friends

7.  Improve your marksmanship skills: target shoot the multitude of birds taking baths in it

6.  Have Fish & Game plant Rainbow Trout in your rink/pond and practice your fly casting

3.  Take pictures and send to Al Gore with attached apology letter for your naive lack of faith

2.  Complain relentlessly until your wife is sorry she ever suggested you build it

And the top thing to do with a bank yard ice rink in an unusually warm winter ….

1.  [reply with your suggestions: I’ll post some of the funnier ones!]